Cannabidiol (CBD) is one of the most abundant chemical compounds in the cannabis plant. Unlike tetrahydrocannabinol (THC) which is known for delivering the “high” that users commonly associate with marijuana, CBD does not produce any hallucinogenic or psychedelic effects.  Research has shown CBD to effectively reduce seizures in epileptic patients.

In the lead-up to their 69th Annual Meeting in Boston, the American Academy of Neurology released the results of their recent clinical study of CBD for the treatment of Lennox-Gastaut Syndrome (LGS).

LGS is a type of severe epilepsy which typically begins in early childhood and persists into adulthood. Individuals suffering from LGS often have an intellectual disability and suffer from different kinds of seizures – from tonic-clonic seizures to drop seizures.

Tonic-clonic seizures are generalized seizures that affect the entire brain and cause convulsions of the whole body; while drop seizures are characterized by a temporary loss of muscle tone causing the patient to collapse suddenly. These types of seizures are hard to treat because they don’t respond very well to antiepileptic medications.

This study proved that CBD is an effective antiepileptic treatment.  Furthermore, CBD was well-tolerated by the participants, with side effects reported as mild to moderate.

Other recent studies that demonstrate the effectiveness of CBD in treating epilepsy include:

There are some types of epileptic disorders that conventional anticonvulsant and antiepileptic medications can’t control. Patients with these types of epilepsy suffer from numerous seizure activities daily, affecting their physical, emotional and intellectual growth.

These studies confirm that CBD can control these intractable, drug-resistant seizures and that it may be an effective treatment option for people suffering from this debilitating disorder. 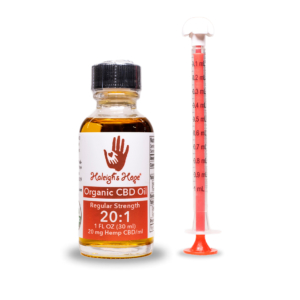